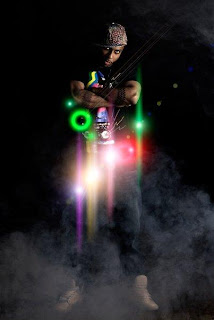 “Dance Tonight” is the surprise of this late December and Yoshi might be the surprise of next year. Dance tonight mixed good rhymes flavoured with a good-played house-music.

Yoshi got the soul and the right groove too!

Short BIO:
Yoshi (a.k.a Kiyoshi Shelton) was born in Saginaw, MI before relocating to Ann Arbor where he built his reputation as one of Metro Detroit’s most creative and talented artists. At14, he was putting pen to paper as a poet. At 17, he was winning hearts and minds at poetry slams around town. At 27, he continues to innovate as he establishes himself as Michigan’s premier MC.