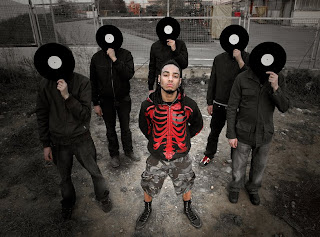 LNRipley project was born in Italy, Turin in 2006 inspired by Aliens saga.
The idea was to mix up drum’nbass, punk, electronica and real music instruments together.
This is their debut album. After this, they made new HOT material in 2008 and 2009 influenced by dubstep. Their gigs are SO popular in Italy also receiving props from the UK electronic music scene!