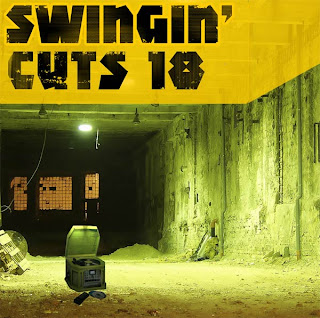 Volume 2 of the brilliant Sonorissima series from Black Cat showcasing some more groovy tracks from Italian library music archives!With a lot of Grooves by Gianni Mazza, a popular composer very famous on italian popular tv shows. Oscar Lindok is a pseudonym of Giacomo Dell’Orso for recording library music. Giacomo Dell’Orso is the husband of Italian vocalist Edda Dell’Orso. The tracks of O.Lindok come from the 1974 Lp “Eruzioni (Eruptions)“. Fantastically funky tunes from Italy!!!

This is the 1st Lp from Maxim, the great Prodigy MC.
A good groovy album featuring Skin of Skunk anansie and old-school rap legend
Divine styler.

Here is a list of the best freeware audio samples websites!

Nile Rodgers – Adventures in the land of good groove (1983) 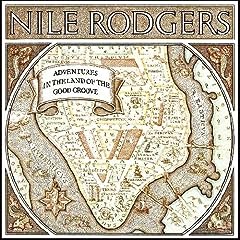 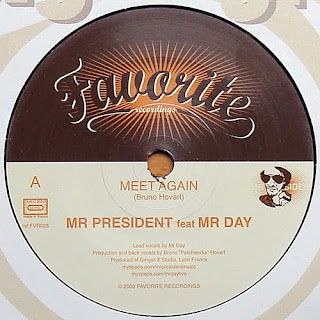 Two Wonderful groovy tracks, for bboys on the floor and for listeners and connaisseurs of da good new phunky strut stuff!!! Today i start posting infos and music about one of the greatests italian musician.
The lps from 1979 to mid 80s lp contain an amazing formula that mixed black groove flava with traditional neapolitan music taste and brazilian grooves. This is only the first lp but more are coming soon! Stay tuned!

Long Bio:
His striking debut in the Italian music world was in 1977 with the album Terra mia, which proved to be a successful mix of Neapolitan tradition and Blues sounds. Daniele defined his music with the term “taramblu”, which indicated a mix of tarantella, blues and rumba. His lyrics also attracted critical praise: written and sung in an intenseNeapolitan , they contained strong though bitter accusations against the social injustices of Naples, as well as Italian society in general, and included melancholic personal themes. Several of the later songs are characterized by a free intermingling of English, American andNeapolitan passages.

Daniele’s talent was confirmed on the following album Pino Daniele (1979). He scored his greatest success in 1980, with Nero a metà (“Half-Black Skinned”), which was noted by some authorities as the hallmark of the rebirth ofNeapolitan song. In this period his songs were in conflict with Alberto Fortis’ songs. In that year Daniele opened the Bob Marley concert at the San Siro stadium in Milan. In 1981 Vai Mo was released. The presence of some of the most renowned musicians of the Neapolitan musical milieu, including James Senese, Enzo Avitabile, Tullio De Piscopo and Tony Esposito, as session men on his albums has also been widely praised.

Later Daniele collaborated with the American singer/guitarist Richie Havens on Common Ground, an album written and played together. His interest in Arabic music is emphasized on Bonne Soirée (1987), while the subsequent Schizzechea With Love (1988) was more Mediterranean-oriented. In the same year he started a collaboration withthe Italian actor and director Massimo Troisi: Daniele completed the soundtracks for Troisi’s films Le vie del Signore sono finite and Pensavo fosse amore invece era un calesse.

A certain loss of inspiration and a move to a more pop-oriented songwriting can be detected in his greatest commercial success, Mascalzone Latino (1989), a success confirmed by the following albums Un Uomo In Blues (1991) and Che Dio ti benedica (1993). The latter contains two songs produced by Chick Corea.

Non calpestare i fiori nel deserto, released in Spring 1995, is an attempt to revive inspiration through African and Ethnic influences, and sold more than 800,000 copies. The subsequent tour ended with a double date with Jazz guitarist Pat Metheny.

In 2002, after a collaboration with Eros Ramazzotti, Daniele sang and toured with two other famous Italian singers, Francesco De Gregori and Fiorella Mannoia. His latest album containing previously unpublished songs is Passi d’autore of 2004.

After his divorce from Dorina Giangrande, who had sung in the chorus on Terra Mia and gave him two sons, Daniele currently lives with Fabiola Sciabbarasi. The two have a daughter, Sara, to whom Daniele dedicated an eponymous song on the album Medina.

enjoy… the last but not least album!

The Universal Robot Band – Freak in the light of moon (1978)

The Greg Carmichael, Patrick Adams and Leroy Burgess connection produced many magical recordings, including those by Carmichael’s infrequently recorded Universal Robot Band. “Barely Breakin’ Even” is a legendary boogie track and the inspiration behind the name of the great British reissue label. Consisted of the members of Kleeer – Woody Cunningham (vocals/drums), Richard Lee (vocals/guitar), Paul Crutchfield (vocals/percussion) and Norman Durham (vocals/bass/keyboards), when they accepted an offer to effectively become the studio group in 1976 whilst they transformed themselves from rock band Pipeline. They toured and recorded as the Universal Robot Band for two years before deciding to set out on their own again, as Kleeer.

Tracklist:
1. Dancin’ Disco Party
2. Disco Trek
3. Doing anything tonight
4. Footsteps on the roof
5. Freak with me

This is a page tribute to a king!!!

Don’t forget that Wess was the brother of another king of music: Orlando Johnson!!!